Move Your Team into a New Cloud Office

Desktop as a Service Simplifies Your IT Life

Webapper provides managed, secure Desktop-as-a-Service (DaaS). With our cloud infrastructure expertise, you can leverage platforms like Amazon WorkSpaces or Nice DCV to provision either Windows or Linux desktops and quickly scale to provide desktops to your team anywhere in the world.

DaaS enables you to create virtual, cloud-based desktops using Microsoft Windows or Amazon Linux for your users.  You don’t need to install hardware or software, and you can add or remove users any time. Your users can access your environment using a wide variety of devices. 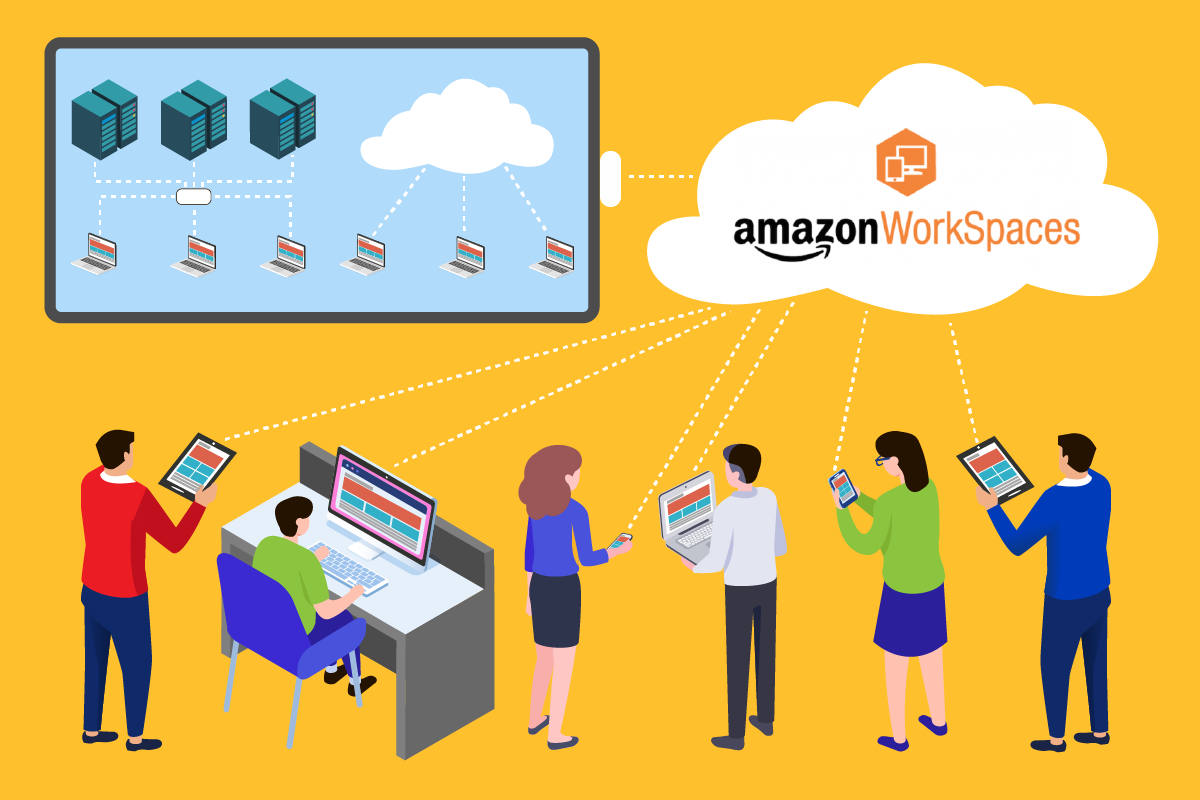 Work from anywhere, on any device.

Save money when compared to traditional desktops and on-premises virtual desktop solutions.

Get fast, responsive desktops your team can access anywhere, anytime, from any supported device.

Users can access your cloud-based desktops using a variety of devices, including Microsoft Windows & Apple Macintosh computers, iOS, Android and Fire devices, and more. We offer solutions that are compatible with Chrome, Firefox, and free client applications.

We offer a range of packages that include combinations of hardware configurations, storage, CPU, memory, and installable software—including operating systems.

You can control which devices type will have access to your environment, including iOS & Android devices and dedicated client tools. Use Windows and Mac operating systems digital certificates to limit access. If you integrate with AWS Key Management Service, you can also encrypt data at rest and in transition. Store your organization’s data in the AWS cloud or in an on-premises data center instead of storing it in end-user computing devices.

You CAN Take It with You…

What is Desktop as a Service (DaaS)?

Desktop as a Service enables delivering cloud-hosted virtual desktops to any device from anywhere. DaaS provides secure hosted desktops for applications, with no software for the internal IT department to maintain.

How does DaaS work?

What’s the difference between DaaS and VDI?

Webapper believes there’s a better way to manage outsourced technology services. Our mission is to empower our clients to thrive using leading-edge cloud software technologies. Since we started in 2003, we’ve grown from some youthful, hard-working coders into an elite team of cloud software engineers who help customers leverage technology for competitive advantage. Companies choose us because of our epic technical experience, emphasis on clear communication (yeah, geeks who can speak plain English!) and commitment to delivering world-class technology solutions.

We have several Amazon AWS credentials, including AWS Certified Solutions Architect-Associate. While our experience with diverse web applications sets us apart, our AWS Partner Network credentials further demonstrate our knowledge of building & deploying systems in the cloud. We have employ architectural best practices based on our experience deploying, configuring, and managing network, storage, security, database and other services in AWS. 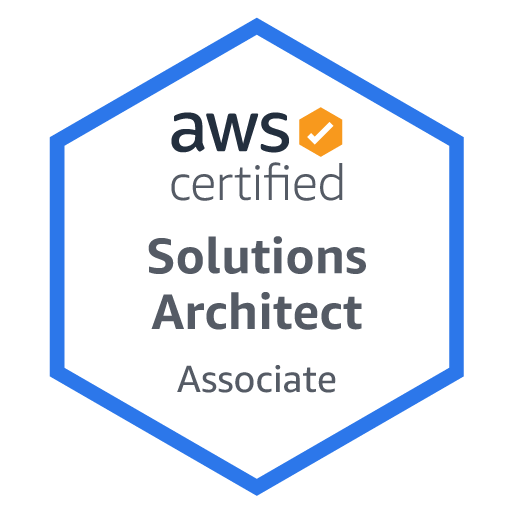 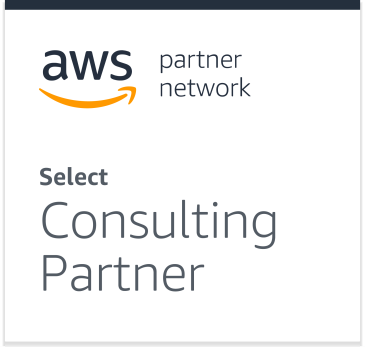 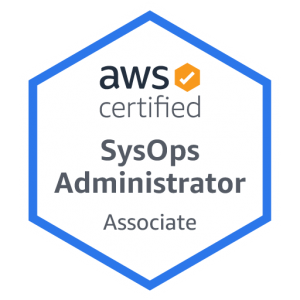 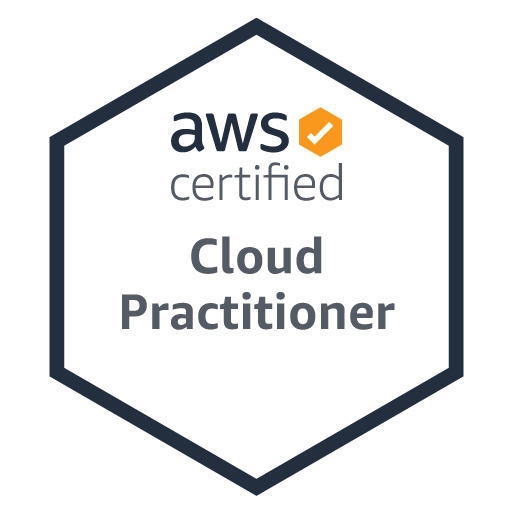 Webapper has provided excellent service to our small company who often needs more hand-holding than we’d like to admit! We would not hesitate to refer them to others.

There has been extremely little downtime on our web servers (negligible, in fact) and the technical help has been superb – timely and accurate. I would not hesitate to recommend them.

Since we have been with Webapper, we have not experienced any server down time. In addition, Webapper has provided us with excellent technical support.

The Webapper staff are extremely responsive, and more importantly proactive in all matters related to our server management needs. Our development team and I regard them as an extension of our client services. Their direction has been invaluable with our proprietary platform. These guys know their stuff and are total pros.

Webapper has been amazing. They’ve provided phenomenal service, adjusted their offerings to align with our needs, and are always available to assist with any issues that come up.

We knew that continuing our growth meant finding a partner to guide us through our cloud transformation. We realized we couldn’t just lift and shift the application. We needed to reconfigure our application so that it could scale. Webapper understood our technical requirements and listened to our needs. Then they designed a solution that we felt gave us the best chance to succeed.

The Webapper team is highly skilled and very professional. Their process-oriented approach continues to give me a high degree of confidence my project is being done right.

We definitely recommend Webapper to others. Webapper is a top-notch website design firm that also houses and manages the infrastructure needed to power the site. When we first saw our website, we loved how modern and colorful it looked, a good contrast to text information that our firm displays on the website. The cost was reasonable. The service was outstanding. The team there is fun to work with, and their responsiveness is excellent. Overall, it’s been a pleasure working with them.

DESKTOP AS A SERVICE (WITH WHITE GLOVE SERVICE)

Let's discuss your team's needs and build a customized workspace.

This website uses cookies to improve your experience while you navigate through the website. Out of these cookies, the cookies that are categorized as necessary are stored on your browser as they are essential for the working of basic functionalities of the website. We also use third-party cookies that help us analyze and understand how you use this website. These cookies will be stored in your browser only with your consent. You also have the option to opt-out of these cookies. But opting out of some of these cookies may have an effect on your browsing experience.
Necessary Always Enabled
Necessary cookies are absolutely essential for the website to function properly. This category only includes cookies that ensures basic functionalities and security features of the website. These cookies do not store any personal information.
Non-necessary
Any cookies that may not be particularly necessary for the website to function and is used specifically to collect user personal data via analytics, ads, other embedded contents are termed as non-necessary cookies. It is mandatory to procure user consent prior to running these cookies on your website.
SAVE & ACCEPT
http://www.webapper.com/wp-content/languages/20210522001.html
Go to Top